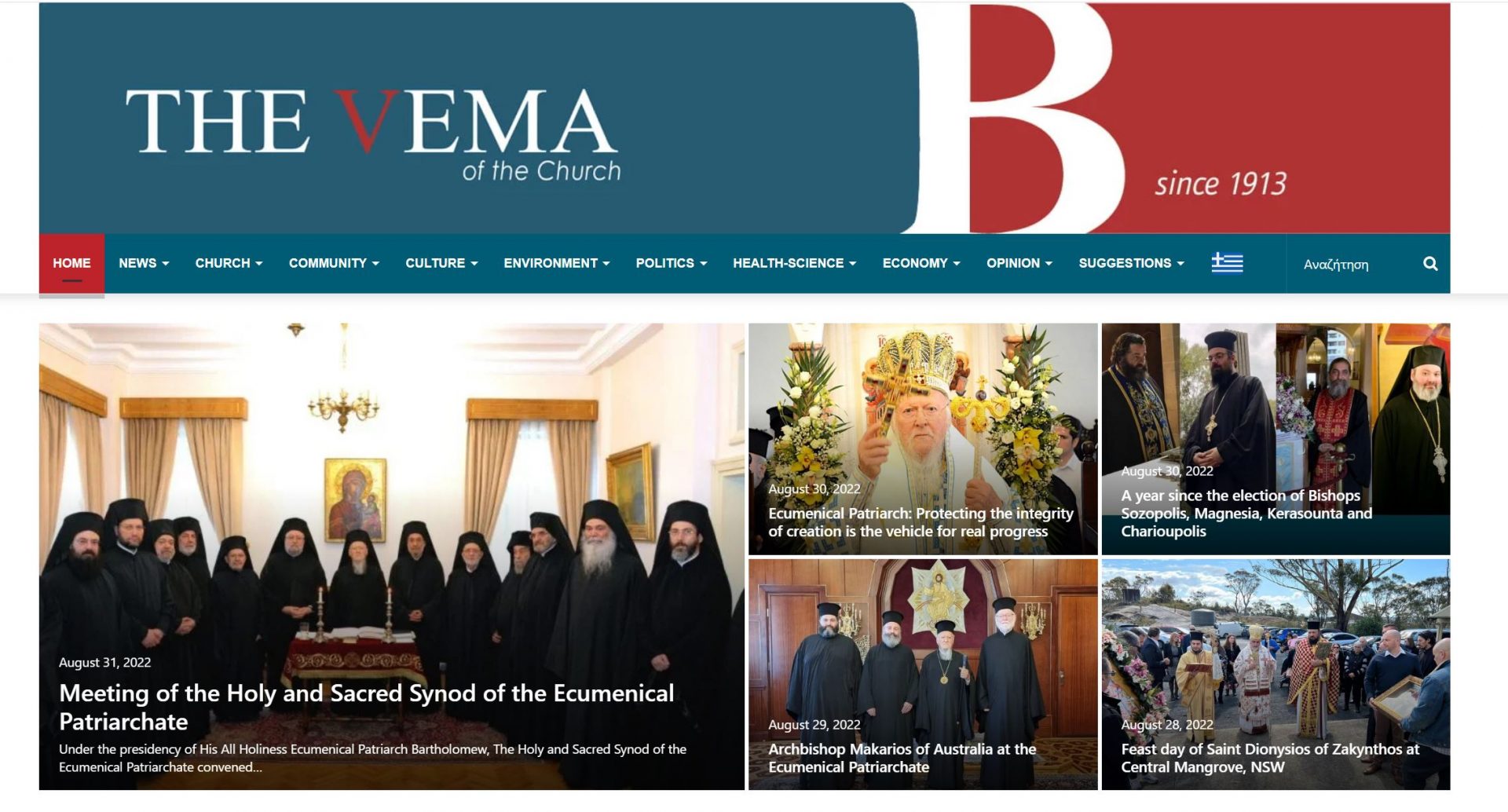 The Vema of the Church

The Vema of the Church” is the oldest Greek-language newspaper in Australia, which belongs to our Holy Greek Orthodox Archdiocese.

The print version started in 1913 and from its very beginning, it was inextricably linked and identified with the Greek community and the local Church in the fifth continent.

The gradual introduction of the internet as a basic means of communication shaped the demands of modern readers, especially the younger generation, and eventually led to the transition of “Vema” from a printed form to an online version.

From 2020, with the blessing and initiative of His Eminence Archbishop Makarios of Australia, “The Vema” has dynamically entered the digital information arena and its rich and varied content – in English and Greek – has been made a ccessible to internet users from all over Australia as well as Greece, Cyprus and the entire world – but most especially, to the new generation of readers.

From its foundation, the main aim of “The Vema” was to provide broad, comprehensive and quality information to its readers, presenting the truth and, naturally, giving greater weight to events of the local Greek community and the Orthodox Church. These aims and vision continue to inspire the new team of editors of our online newspaper, which serves to impart information in the Antipodes with authenticity, respect and commitment to the values of our Faith and Hellenic nation.

Visit our online newspaper – “The Vema of the Church”
Start typing to see posts you are looking for.