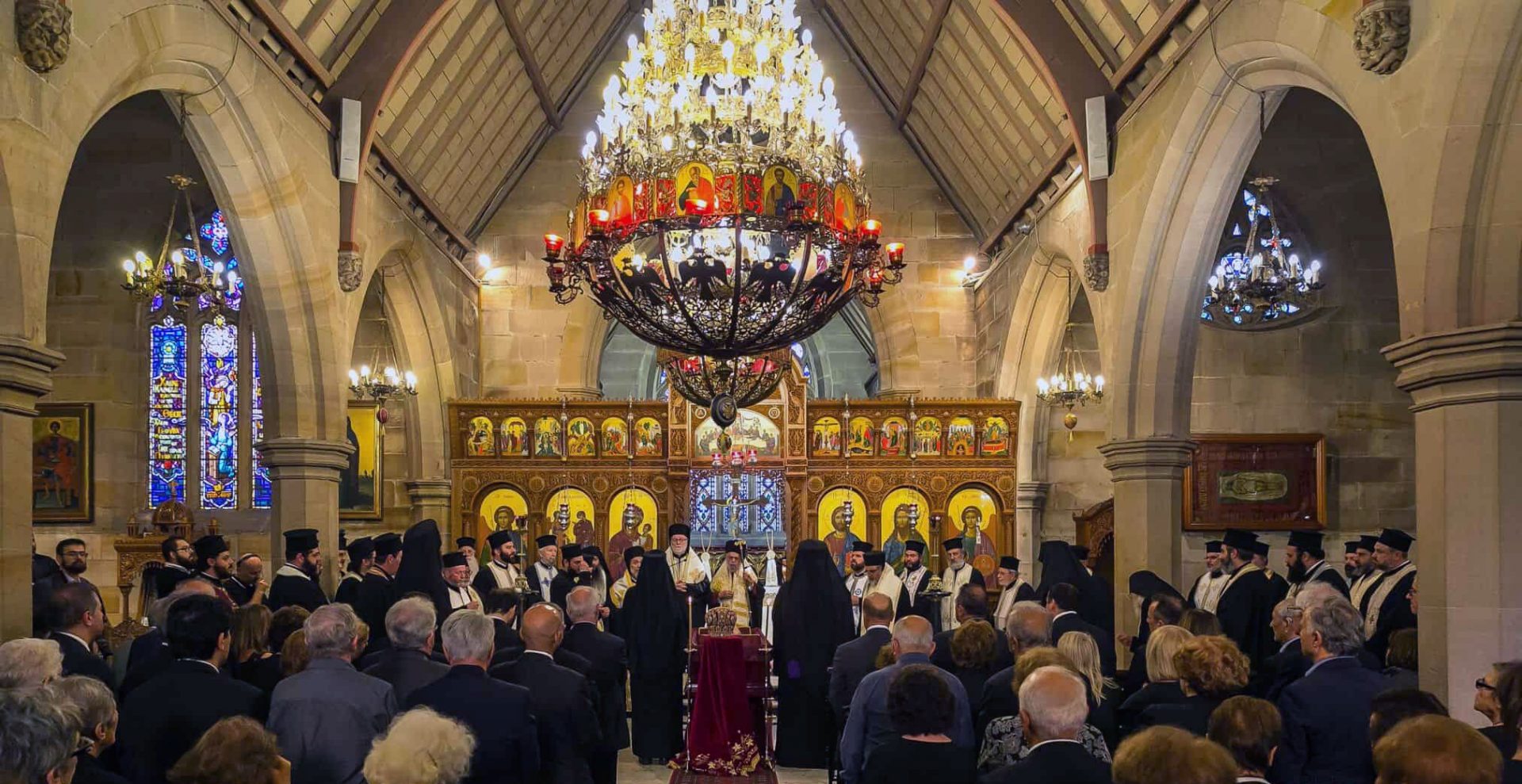 History of the Cathedral of the “Annunciation of our Lady”

The church was designed by Edmund Thomas Blacket, the diocesan architect for the Church of England in Australia, and the rectory was designed by John Burcham Clamp and built from 1848. Blacket had a particular interest in the gothic style of architecture and designed St Paul’s Anglican Church in a 14th century Decorated Gothic style of Kentish origin.

Following the laying of the foundation stone on St Paul’s Day in January 1848, construction of St Paul’s Church soon followed but work proceeded slowly due to the economic depression. Built in stages, the church was – in the most part – complete by its consecration in August 1855 but almost immediately underwent further expansion to accommodate the greater population numbers now residing in the Redfern and Chippendale areas. By 1858, the southern aisle of the church was complete and, by 1875, the tower was finished.

By the outbreak of the Second World War, the population decline of Redfern and Chippendale was acute with its residents leaving for the new and expanding outer suburbs of Sydney. The ethnic composition of the inner-city was in a state of change and, into the newly vacated terraces, came the European migrants who had fled war-torn Europe. A new residential demographic saw a shift in the social demand for religion. The decline of the Anglican congregation and the rise of the Orthodox migrant settlers led to the sale of the church in 1967 to the Greek Orthodox Archdiocese of Australia.

Previously, the Greek Orthodox congregation had attended the Cathedral of St Sophia in Paddington but by the 1960’s the church reached its capacity. The purchase and conversion of St Paul’s Church in Redfern afforded the Greek Orthodox Archdiocese the opportunity to service the community while housing the offices and the necessary institutional facilities all on the one site.

The church was officially re-consecrated as the Greek Orthodox Cathedral of the ‘Annunciation of our Lady’ by Archbishop Ezekiel on the 22nd of November 1970. St Sophia’s has since become a parish church. In the 1980’s and 90’s additional buildings were constructed on site, including a library and St Andrew’s Greek Orthodox Theological College. There are currently plans in council to further redevelop and refurbish the Cathedral and adjacent structures.

As at 15th October 2012, the Cathedral of the Annunciation of Our Lady is of state heritage significance as an important early ecclesiastical design in the architectural career of Edmund Blacket.

It is also significant as the Greek Orthodox Cathedral for Australia and for its association with the migrant communities that settled in NSW following the Second World War. Establishing churches and maintaining the Orthodox faith has always been a significant aspect of the Greek-Australian experience and with the settlement of a new population after the war, the formation of a cathedral for Greek Orthodoxy was of fundamental importance. Since the conversion and re-consecration of the church to the Orthodox faith in 1970, the Cathedral has become a centre for worship and the focal point of cultural, education and philanthropic life in the community that is essential for the continuity and celebration of Greek customs, traditions and language.

Book for wedding
Book for baptism
Start typing to see posts you are looking for.