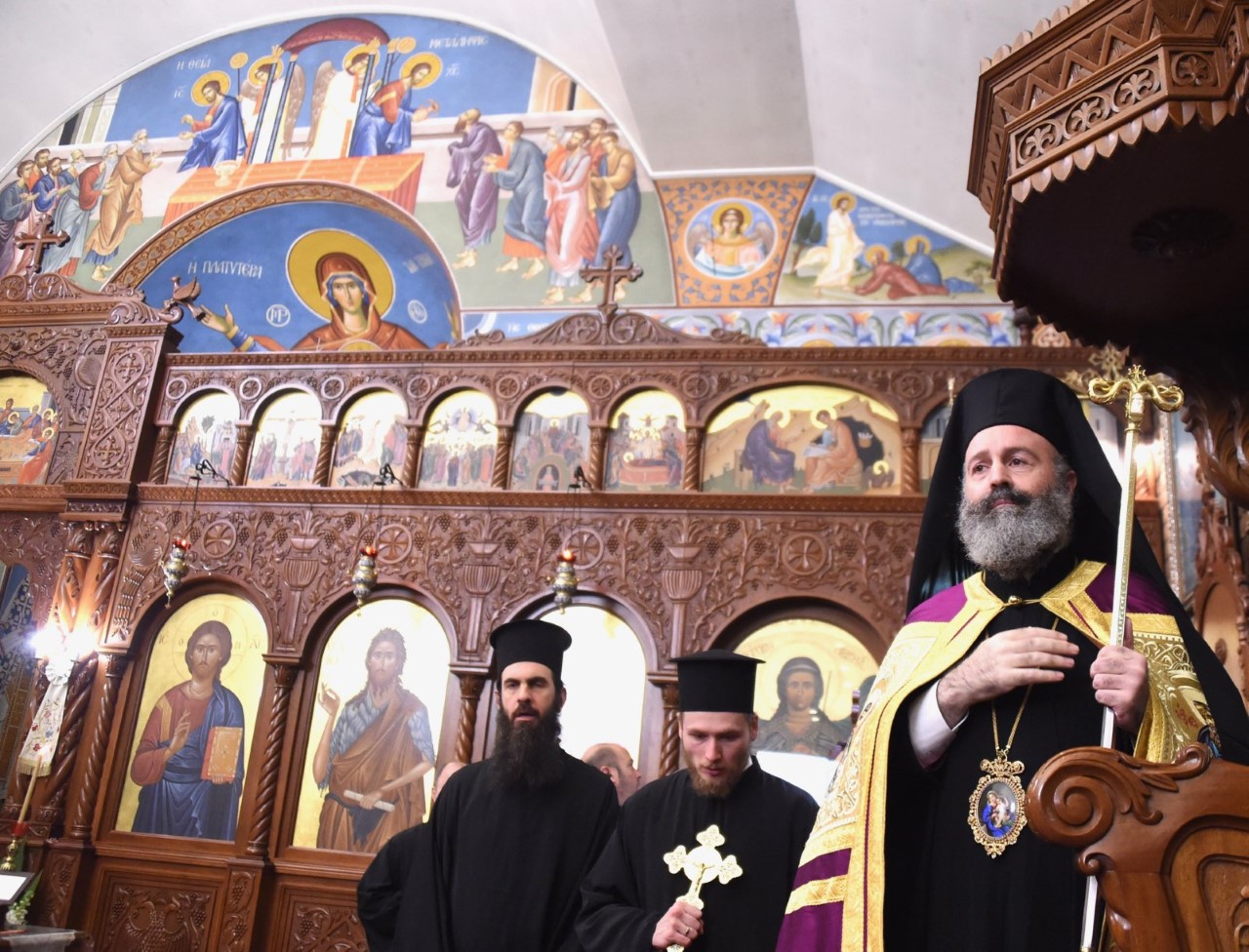 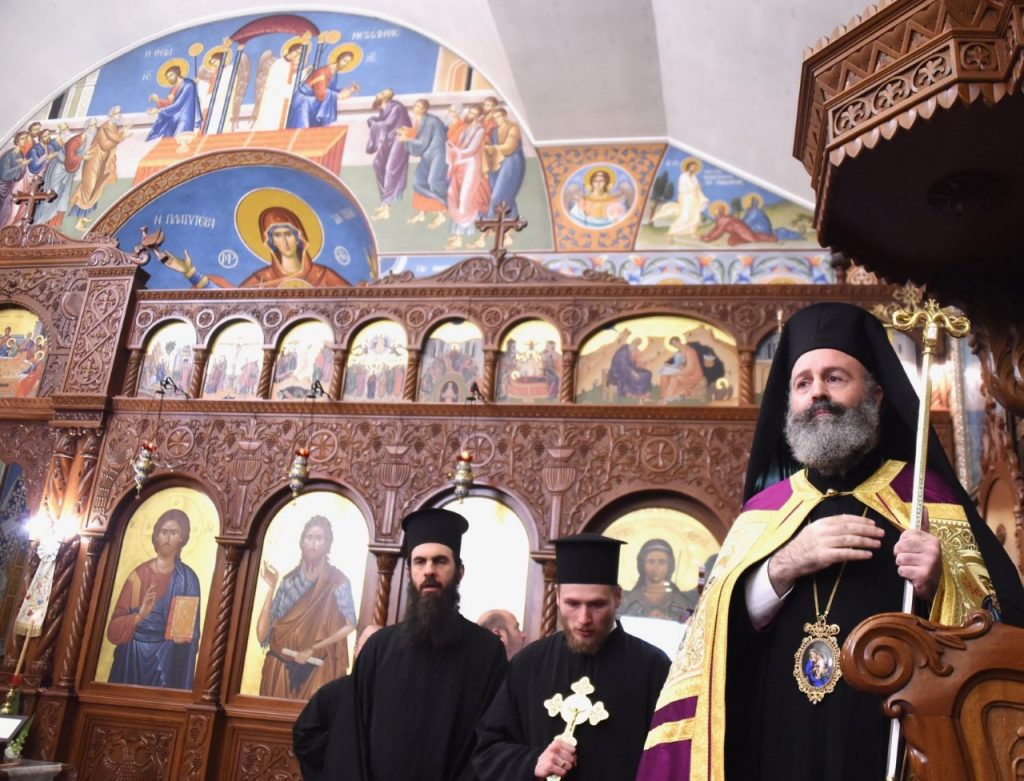 The commemoration of holy Great Martyr Panteleimon took place in a festal atmosphere at the celebrating Greek Orthodox Parish in the Melbournian suburb of Dandenong. The two-day worship services for the feast were presided over by His Eminence Archbishop Makarios of Australia, thus fulfilling the promise he gave the people of the Parish soon after his arrival on the fifth continent, and where the pandemic made his presence at a previous celebration impossible.

On the eve of the feast, Tuesday 26 July, His Eminence officiated at the Festal Vespers service, which was held in a full church and in the presence of His Eminence Metropolitan Ezekiel of Dervis, Their Graces, Bishop Kyriakos of Sozopolis and Evmenios of Kerasounta, as well as the Consul General of Greece in Melbourne, Mr Emmanuel Kakavelakis.

On the feastday, Wednesday 27 July, a Festal Tri-Hierarchical Divine Liturgy was celebrated presided over by His Eminence Archbishop Makarios and with concelebrants Their Graces, Bishop of Sozopolis and Bishop of Kerasounta and His Grace Bishop Themistocles (Adamopoulos) of Nicopolis of the Patriarchate of Alexandria and All Africa.

His Eminence extended a warm welcome to the recently elected and ordained Bishop Themistokles of Nicopolis, who is known in Australia for his commendable missionary work in one of the poorest countries of the world – Sierra Leone. After assuring His Grace of the firm support, both of himself and of the entire local Church, for the work he diligently and successfully carries out in Africa, he asked that he share with the congregation his rich experience with the Orthodox Mission and to describe the conditions of extreme poverty experienced by those to whom he ministers and also to address spiritually edifying words to the believers who were in church.

His Grace Bishop Themistokles in a very eloquent manner and citing many examples spoke about the prevailing living conditions and the multidimensional contribution of the Orthodox Church in Sierra Leone, while urging the faithful to appreciate and be grateful to God for all they have and not to take any of this for granted. Concluding his speech, Bishop Themistokles encouraged everyone to help the poor, at every possible opportunity, while thanking the Archbishop of Australia for providing him with many avenues to take even better care of the maltreated people in the distant and severely tested country of Africa.

During his sermon, His Eminence detailed the life of holy Great Martyr Panteleimon and focused on the way in which, from a famous doctor of his time, he became a doctor of souls when he was taught the Christian faith by a priest and later saint of our Church – St Ermolaos. By extrapolation, the Archbishop explained that all of us with our life and example, even when we do not realise it, teach the young and, generally, the people around us. For this reason, he urged parents to live according to the standards they would like their children to adopt in their own lives, while he did not fail to recall the words of Christ: “You are the salt of the earth”, emphasising the heavy responsibility of Christians to give a good testimony and be a good example in the societies in which they live.

After the services, the Archbishop, cheerful and approachable as always, talked one-on-one with the faithful of the parish. And, at the end of the meal that was arranged in his honour by the Board of Directors of the Parish-Community, he addressed heartfelt thanks for the invitation and hospitality, giving his blessing to everyone and wishing that St Panteleimon the Healer both have mercy on them and protect them. 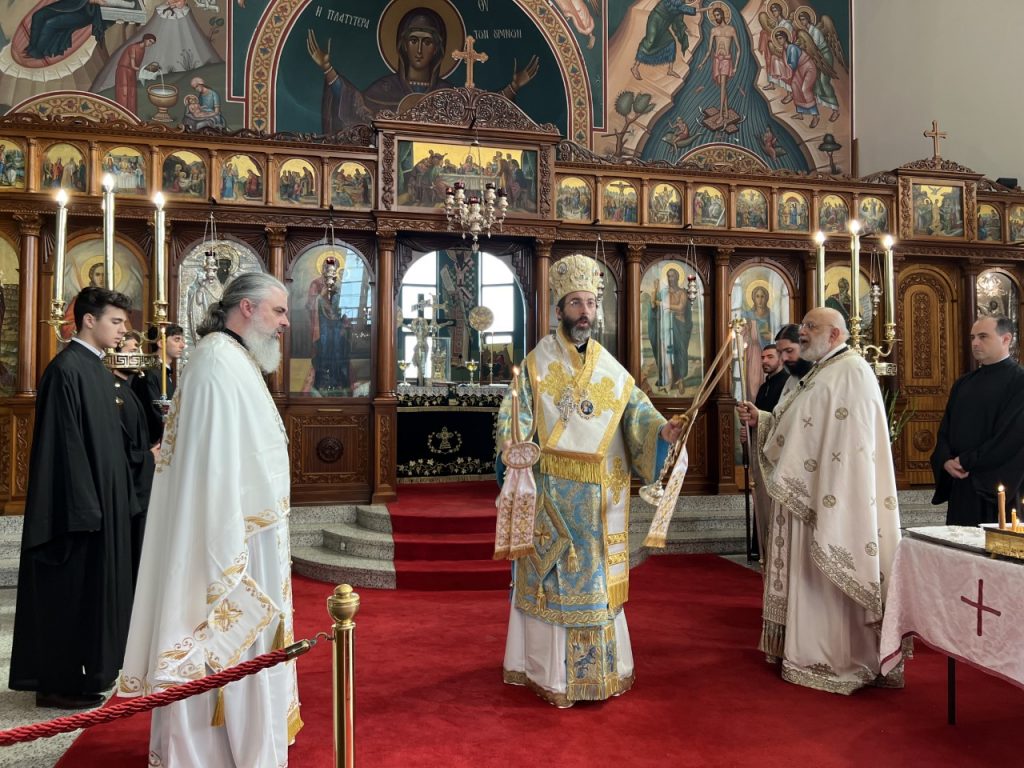 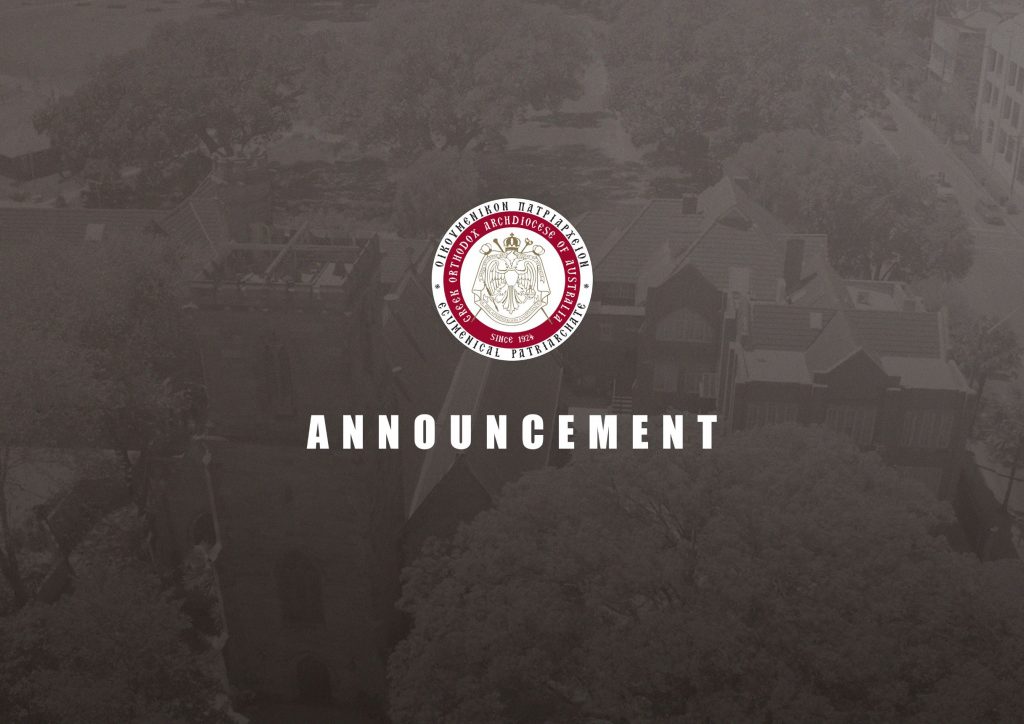