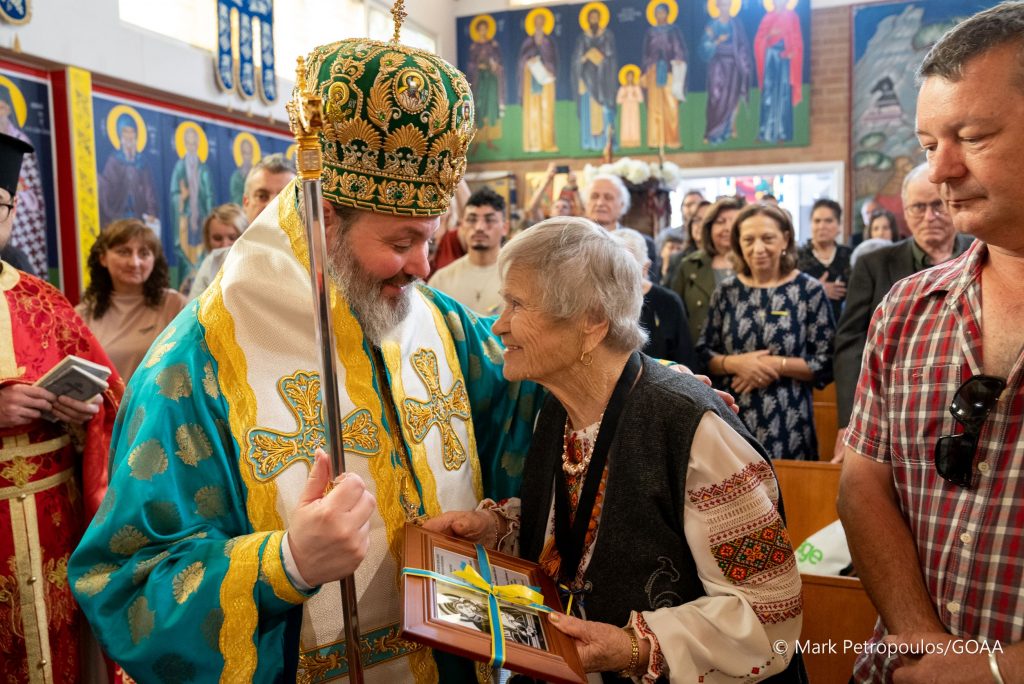 With the blessing of His Eminence Archbishop Makarios of Australia and presided by His Grace Bishop Christodoulos of Magnesia, the Divine Liturgy was served on Sunday, 27 November at the Church of St Savvas of Kalymnos in the Sydney suburb of Banksia and a Memorial Service was conducted for the Holodormor victims of the Ukrainian genocide of 1932-1933. This was a man-made famine instigated by the Soviet regime in Ukraine, as a result of which more than seven million people starved to death. Every year, on the last weekend of November, Ukrainians everywhere pay tribute to the memory of their ancestors, who were victims of the Holodomor Genocide.

For the Ukrainian Parish-Community of Savvas of Kalymnos in Sydney, this year’s Remembrance Day included a number of poignant circumstances that magnified the emotions of all who were present for the memorial service.

Firstly, because the fratricidal war is still raging in Ukraine due to the Russian invasion and the Ukrainian people are continuing to endure severe trials and tribulations. His Grace Bishop Christodoulos expressed the request of their Shepherd, His Eminence Archbishop Makarios of Australia, to pray for peace as from the very beginning, His Eminence disapproved of the unjust war and appealed for its cessation.

The second particularity relates to the fact that, for the first time, the Banksia Parish-Community commemorated the Holodomor Genocide Memorial Day under the spiritual auspices of the Holy Archdiocese of Australia and by extrapolation, the Ecumenical Patriarchate. His Grace Bishop Christodoulos conveyed to the members of the Ukrainian community, the love, support and blessings of His Eminence Archbishop Makarios, emphasising the constant paternal interest and concern of the Archbishop for all Ukrainians in Australia. For his part, Parish Priest Fr Savas Pizanias spoke about the blessing and spiritual benefit brought by the inclusion of the Parish-Community into the fold of the Holy Archdiocese of Australia, while also making special mention of the diverse, practical support provided by the Ecumenical Patriarchate and personally by His All-Holiness Ecumenical Patriarch Bartholomew to the suffering Ukrainian people.

Thirdly, emotions were running high with the presence of 96-year-old Mrs Domna Daciw, one of the few worldwide survivors of the genocide, who lives in Australia. Born in August 1926, in the village of Sviatove, in the Luhansk region, Mrs Daciw, at a tender age, experienced the ultimate tragedy, losing seven members of her family and being the only survivor of the famine. In 1949, she immigrated to Australia and in the following years became an active member of the Ukrainian Parish-Community in Banksia, initiating various activities.

For these reasons, the 96-year-old was honoured by Bishop Christodoulos of Magnesia, on behalf of His Eminence Archbishop Makarios and the Parish-Community of Savvas of Kalymnos, with the bestowing of an award, the medal of Our Lady of Holodomor. In addition, during the symbolic lighting of candles for the victims of the genocide, Mrs Daciw, visibly moved, lit the first candle.

It is noted that after the ceremony, light food was served in the Parish hall to all who were present, including the Mayor of Georges River Council, Mr Nick Katris, while dance groups presented a program of traditional Ukrainian dances. 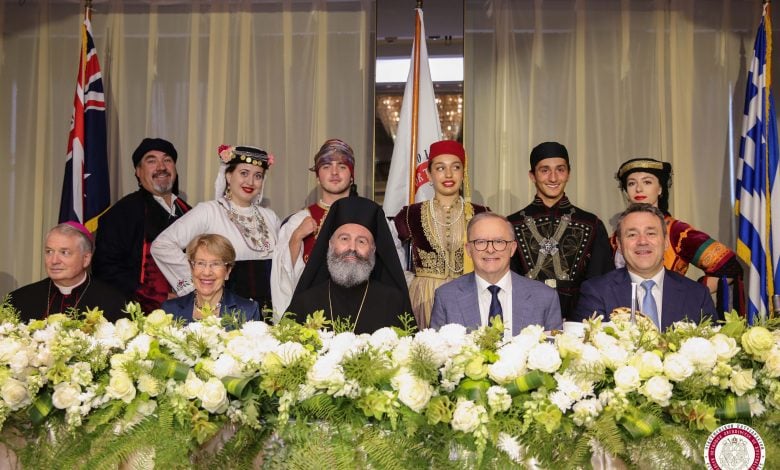 The Australian Prime Minister to His Eminence Archbishop Makarios: “I came to greet my friend”

His Eminence Archbishop Makarios of Australia, looking towards the future, where the first critical milestone is the 100th anniversary of On Friday, 14 October 2022, His Eminence Archbishop Makarios of Australia welcomed to the central offices of the Holy Archdiocese 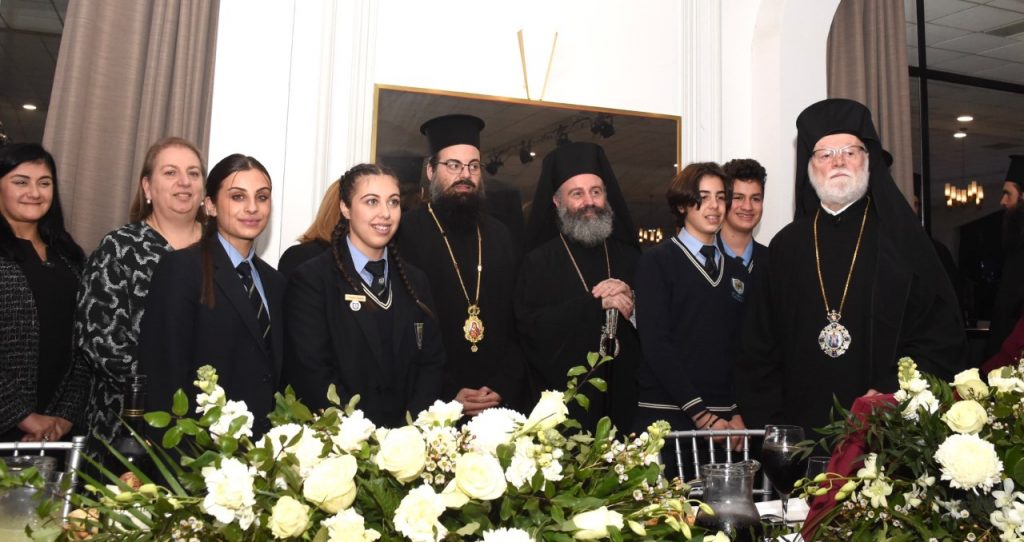